Stacey was born in Zimbabwe, lived in Swaziland and Belgium, but is now based in Johannesburg, South Africa. She is thus, a keen traveler. She has had many life changing experiences that have led her in different directions along her path. She has worked in sports marketing; banking; NPO-and ultimately television. She is now the energy that fuels https://livefitwithstace.com/. 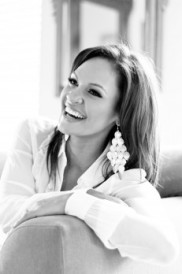 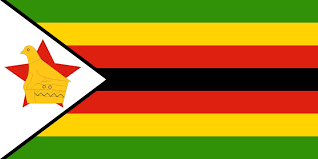 Stacey has developed her brand in the fitness industry after having had a complete personal fitness transformation. Stacey now owns a golf experiential marketing company and a creative firm. She is clearly a multi-talented individual who has been and still continues to explore all that she possesses in her mind and abilities.

In this episode Stacey gives a master class on how to lead a well balanced life. We talk about Oprah, Tim Ferriss and some books that have shaped (pun intended) the person she has become.

This episode features Zola Nene, who is best known for whipping up hearty meals and sharing warm laughs with some of South Africa’s brightest stars across 13 episodes of her own cooking show titled Celeb Feasts with Zola which recently aired on Mzansi Magic (DSTV Channel 161). 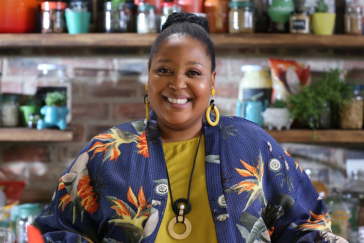 She found her calling while at varsity and has never looked back. Having worked in England, she returned to South Africa, expanded her talents and used her skills to make a career being a media chef. She enrolled at the Institute of Culinary Arts in Stellenbosch. During her studies she worked with well known chefs.

After graduating, she moved to Johannesburg and worked in a large catering company as a Catering Manager. She was then offered a job on Expresso when the producers were looking for a food stylist. In February 2016 she released a cookbook called Simply Delicious.

In 2017, Zola joined the BBC Lifestyle reality competition series, The Great South African Bakeoff for its third season as a judge. 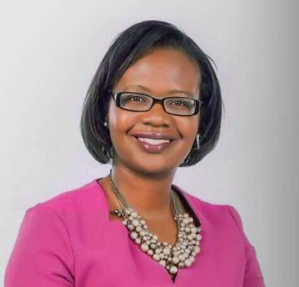 Linda rose to prominence as the first elected female President of the Law Association of Zambia (LAZ) and for her advocacy of human rights.

She has become a well-known figure in Zambia for using her public platform as LAZ president to resolutely defend constitutional democracy, civil liberties and the rule of law. In this role, she attracted occasional controversy as government representatives felt she was overly political, especially when drawing attention to allegations of constitutional violations by the ruling authorities.

Kasonde was awarded the Epic Alumni for “Women Inspiring Women” at IE Business School. She also received the award of the Zambia Society for Public Administration’s Justice Irene Chirwa Mambilima in 2016.

Langa Mavuso is a Diepkloof born singer song writer, who obtained a BA in Politics and Economics, started singing at a very young age. He started recording his EP when he returned home after his studies. Though he describes his music as Soul and RnB his audience interprets it in many different ways because his style is inspired by the Jazz he grew up listening to and studied.

His performing career was perfected performing in school growing up. That coupled with his participation in musicals helped him build the discipline he needed to be in the South African music industry.

This episode features Mohamed Bashir Osman, who was born in Mogadishu, Somalia. A young man who found refuge in the Netherlands where he studied. He never forgot his home country, as he became a board member and chairman of the Somali community organization in Nijmegen, Netherlands. 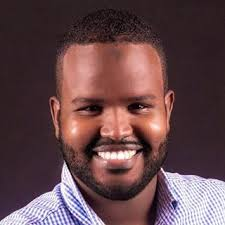 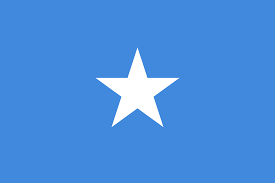 When Somalia started recovering from the chaos of war and people started moving back, Mohamed also moved back to start a business he had seen an opportunity for. He then launched Daauus Creative Design Agency in 2015.

Daauus has since won Best Marketer of the Year 2017 and 2019 Business of the Year in the International Somali Awards in London.

This episode features Derick Omari, a native Ghanaian who has been dubbed one of Africa’s most influential young people. Derick has won the hearts of people in Ghana, Africa and the world. A very inspiring young man who was named recipient of the 2018 Queen’s Young Leader’s Award. He was chosen to win this award from a pool of over 4000 finalists. 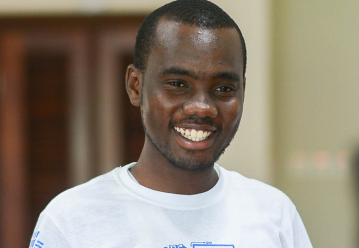 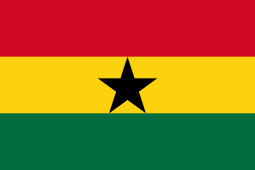 Derick is the founder of Tech Era – a community engagement initiative aimed at equipping underprivileged children with IT skills, also helping to teach the visually impaired to use computers. He also started Berekuso Music Project, an afterschool initiative to teach pupils to play music.

Derick uses all he has at his disposal to expose the youth to things that they thought were otherwise unreachable. 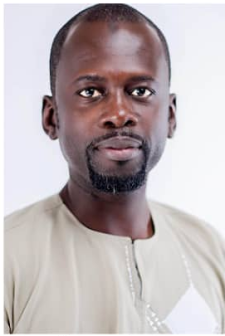 Modou NS Njie is an ICT expert with over 20 years experience as Head of IT for UNDP, Deloitte and two major banks in The Gambia. Over the past five years however, Modou transformed himself into a social entrepreneur by starting up Farm Fresh. The project focuses on promoting local produce and thereby securing income for local farmers and food processors.

Modou is using his skills to make finance more accessible to farmers who have land but struggle to make it profitable.

Press play to his views on technology and how he built Farm Fresh to the business it is today.

This episode features Tiago Costa, a Comedian from Luanda, Angola. 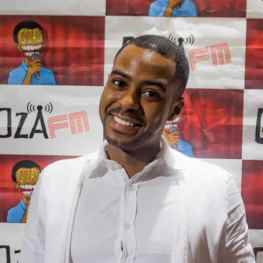 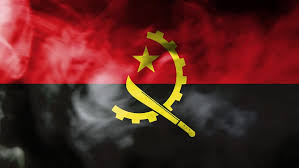 Tiago Costa was born in Lisbon in 1985. He studied in several cities in Portugal and returned to Luanda after completing a degree in Law and a postgraduate degree in Counseling and Consultancy in Communication and Marketing.
Tiago is a man of many talents and vast knowledge. He managed to unlock some of his natural abilities at an early age. Having discovered his oral and writing skills, he began pushing his articles in a magazine mainly marketed in Angola.  He was a production assistant in a short film that won the FIC 2010 prize.
He is now the producer of a stand up comedy show that takes place monthly, and aims to promote local comedians.
With all he does, he believes in working for the people, and using his skills and wisdom to help them avoid crisis.
https://m.facebook.com/tcoaparecedor
Twitter – @ti_ticii (Tiago M. B da Costa)
#1000africanvoices 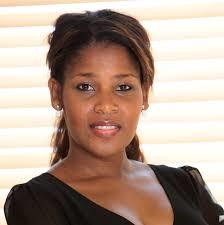 Rachel Nyaradzo Adams is the founder of Narachi Leadership, a leadership consultancy aimed at developing deep benches of leaders for the African continent. In this work she offers her expertise as a leadership practitioner, ontological coach, mentor and speaker. She works with corporates, entrepreneurs, teams and individuals. Her particular passion is working with emerging leaders across Africa (she has worked with emerging leaders from seventeen African countries thus far) whose currently under-mined potential will be the catalyst for the continent’s transformation. 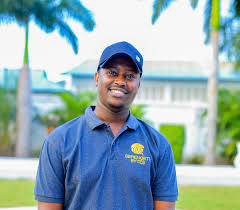 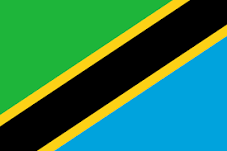 Kennedy Mmari was born in Kilimanjaro and raised in Dar Es Salaam. He is the Founder and Chief Executive of Serengeti Bytes, a full-service Communications, Public Relations and Digital Media agency based in Dar es Salaam, Tanzania.

With over 6 years worth of experience in the areas of Public Relations, Communication and Digital Media in both NGO and private sector, Kennedy is also an Associate Fellow of the Royal Commonwealth Society and Bill and Melinda Gates Foundation Goalkeeper, the honorary associations as a result of his commitment and contribution to various areas of Sustainable Development Goals in Tanzania.

In this episode, Kennedy expresses his views on life in Tanzania and his role within the African context. 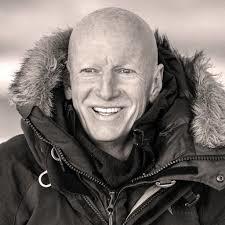 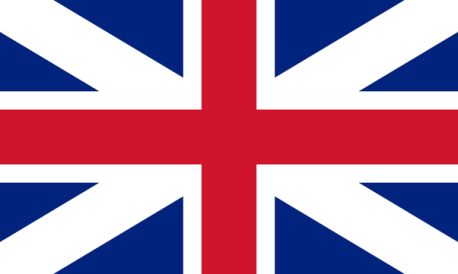 James (Jimmy) Philip Nelson was born in 1967 in Sevenoaks, Kent. He had a fascination with photography from a young age. But discovered his talent when he went on his first journey of documentation, trekking by himself.

Jimmy has gone on to publish books that tell a story about where he has been and what he has seen. His books are now an inspiration to many, and encouraging the world to see people and places through his eyes. To see the beauty and presence in different people and places.

His embrace and love for all people and cultures influenced his decision to start his foundation. You can connect with Jimmy through the following links; 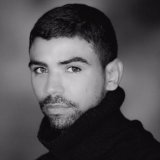 Wesley is an Artist Manager who graduated with a BA (Hons) Film qualification. He has a deep passion for film and TV has seen him directing and writing films. He has also served as a cast-coordinator owing to his passion for talent.

In this episode Wesley talks about his love for romantic comedies, specifically #prettywoman, his views on the #MCU and goes on a deep dive on religion, the universe and the cosmos. Its a pure masterclass.

This episode features Veda Sunassee, a citizen of the beautiful island of Mauritius, an alumnus of Princeton University and Head of College at The African Leadership University. 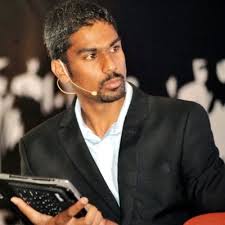 Veda Sunassee is one of Africa’s leading entrepreneurs and changemakers. He started his career with the African Leadership Academy (ALA).  He has also worked at the African Leadership University (ALU), first as the Director of Student Life at the Mauritius campus and later as Head of College at the Rwanda campus. 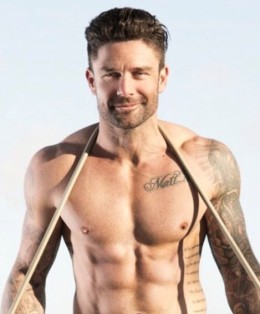 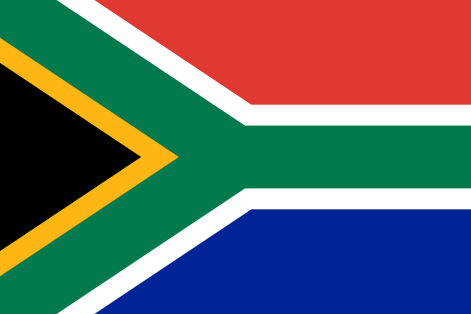 Ryan went to #ManchesterUnited before signing for South Africa’s Supersport United FC at the age of 18 and Wits University FC a year later. He has also played for Finland’s FC #Tervarit, #FCMypa and #FCInter before moving to Turkey to join #FCDenizlispor. Other teams he has played for include ENP in Cyprus, Thanda Zulu Royals, Moroka Swallows, Platinum Stars and Vasco Da Gama. He is without a doubt, the quintessential definition of a footballing journeyman.

In this episode we talk about his studies (professional coaching), unable to shake off the label of South Africa’s #davidbeckham, lessons from his travels and his love of Cape Town. What does he love about South African football and what would he change? 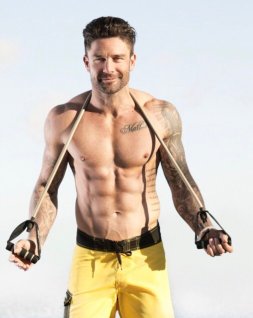 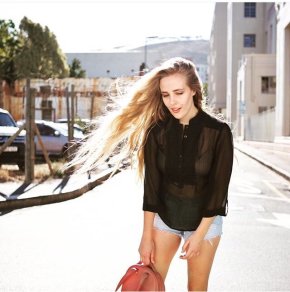 In the episode, Liza speaks about what she learnt in her time in the States, why she returned to South Africa and what it means to be a recognizable face on one of South Africa’s most popular soapies. We talk about people that have influenced her career, her hopes and dreams and how she manages to live in two cities and still keep her life organized.

Tune in to find out what she gets up to when she is not on our screens. What a lovely guest.